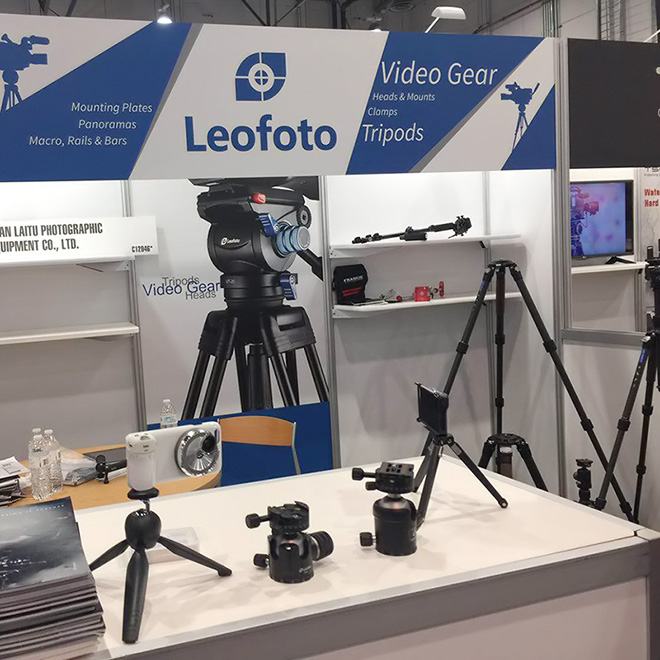 The National Association of Broadcasters is the voice for the nation's radio and television broadcasters. , it is the biggest international exhibition of the radio, television and film industry, kicks off in Las Vegas every spring.
Leofoto attended this trade show in 2017 from Apirl 22th -Apirl 24th  ， in this fair, Leofoto brought NB,LG series ball heads and LN Mounting series and video tripods table tripods into this fair, even if Leofoto only had a standard booth, many B customers would like to share their innovation idea to Leofoto, because they trust Leofoto would be famous brand in a short time with their innovation R&D team !